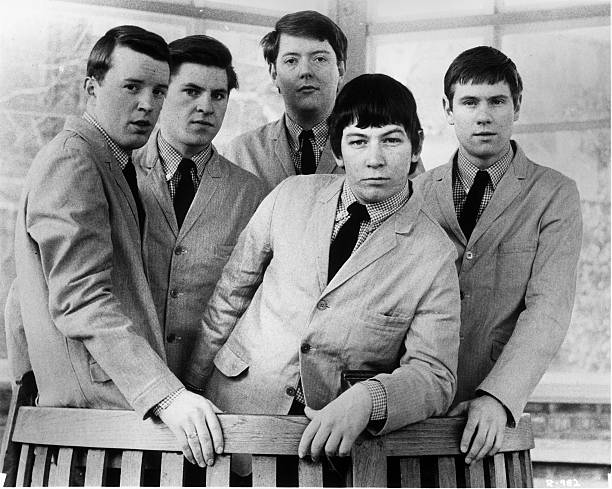 The Animals were an English band of the 1960s, formed in Newcastle-upon-Tyne during the early part of the decade. The band moved to London on finding fame in 1964. The Animals were known for their gritty, bluesy sound and deep-voiced front man Eric Burdon, as exemplified by their signature song and transatlantic No.1 hit single, The House of the Rising Sun, as well as by hits such as We Gotta Get OuttaThis Place, It’s My Life, and Don’t Let Me Be Misunderstood. The band balanced tough, rock-edged pop singles against rhythm and blues-oriented album material. They were known in the U S as part of the British Invasion.

The Animals underwent numerous personnel changes in the mid-1960s and suffered from poor business management. The much-changed act moved to California and achieved commercial success as a psychedelic and hard rock band with hits like San Franciscan Nights, When I Was Young and Sky Pilot, before disbanding at the end of the decade. Altogether, the group had ten Top Twenty hits.

San Franciscan Nights was written by Burdon and his band in 1967. Burdon, Vic Briggs, John Weider, Barry Jenkins, and Danny McCulloch wrote it as a paean to San Francisco, their new-found home in the USA. The song takes a stand against the Vietnam War . Looking back on the song in a 2010 interview with Songfacts, Burdon said:”The ‘Love Generation’ helped the anti-war stance in the States. It certainly turned a lot of soldiers’ heads around, making them wonder why they had to be out fighting a war when back home their girlfriends were frolicking around and it caused a lot of anguish on that level. Maybe it helped politically with the so-called enemy. I’m not sure.”

The song opens with a brief parody of the Dragnet theme. This is followed by a spoken word dedication by Burdon “to the city and people of San Francisco, who may not know it but they are beautiful and so is their city,” with Burdon urging European residents to “save up all your bread and fly Trans World Airways to San Francisco, U.S.A.,” to enable them to “understand the song,” and “for the sake of your own peace of mind.”

The melody then begins with lyrics about a warm 1967 San Franciscan night, with hallucinogenic images of a “strobe light’s beam” creating dreams, walls and minds moving, angels singing, “jeans of blue,” and “Harley Davidson’s too,” contrasted with a “cop’s face is filled with hate” (on a street called “Love”) and an appeal to the “old cop” and the “young cop” to just “feel all right.” Pulling in as many 1960s themes as possible, the song then concludes with a plea that the American dream include “Indians too.

At a concert in Naperville, Illinois in 2010, Burdon said the song was written about an evening he spent with Janis Joplin in San Francisco.

Here for you to enjoy (or not) is Burdon’s San Franciscan Nights. https://youtu.be/uWb5YQPlAJc

This is a text widget, which allows you to add text or HTML to your sidebar. You can use them to display text, links, images, HTML, or a combination of these. Edit them in the Widget section of the Customizer.

This is a text widget, which allows you to add text or HTML to your sidebar. You can use them to display text, links, images, HTML, or a combination of these. Edit them in the Widget section of the Customizer.